As our breakneck tour through the music of the Jesus Movement comes to an end, there is no better place to conclude than the climactic battle between good and evil. Mike Johnson’s powerful imagining of this last great confrontation is well worth a listen not just for its excellent horn section (which adds  meatiness to its tale of destruction) but also for the its exploration of the horror of the final battle, a theme which is often lost in Christian rock focused on Christ’s return. 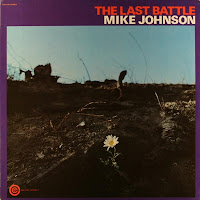 To understand exactly what Mike is talking about in this song, it’s necessary to have a basic understanding of the “millennium” described in chapter 20 of the Book of Revelation. The chapter imagines the arrival of an angel who “seized the dragon, that ancient serpent, who is the devil, or Satan, and bound him for a thousand years”. During this period, those who had died for Jesus “came to life and reigned with Christ a thousand years”. This thousand year period has been hugely controversial, for it seems to presume that there will be a physical reign of Christ on earth, in which the Saints (who are currently persecuted) will finally enjoy dominion. Because this point of view imagines Jesus returning before the millennium, it is often called premillennialism. As a result of some of the more elaborate ideas advocated by extreme premillennialists (Free food! Free drink! Free sex!), the belief was generally discouraged from the time of St. Augustine (354-430) onwards. Augustine claimed that Revelation 20 did not actually refer to any future period of time, but instead represented a spiritual binding of Satan which took place at the resurrection of Christ (amillennialism – or “no millennium”). Despite the continued antipathy of most of the divines in my Fantasy Theologians all-time best XI (Aquinas, Luther, Calvin), the belief in a premillennial return of Christ persisted and was espoused by both radicals (see the carnage at Münster) and conservatives (see 17th century Cambridge professor Joseph Mede). For the sake of completeness I should also mention a final millennial position – the idea that everything will slowly improve, and Christ will return at the end of the millennium. This form of postmillennialism is far too optimistic for nearly everybody on our countdown, with the exception of “The Spokesmen” from last week (“What about the Peace Corps organization? Don’t forget the work of the United Nations” – thanks boys, we won’t!). 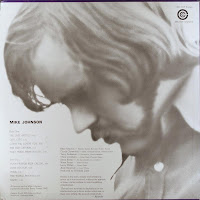 Indeed, nearly all of our song writers so far have imagined a premillennial return of Christ. Yet despite predicting a thousand years of peace, Revelation also tell us that “when the thousand years are over, Satan will be released from his prison and will go out to deceive the nations in the four corners of the earth”. Premillennialists therefore believe that Satan will gather together all of those who have secretly resented Christ’s rule and march “across the breadth of the earth” to surround “the camp of God’s people, the city he loves.” We might well ask exactly where these rebels will come from – after all, a thousand years of peace reigned over by Christ sounds pretty good. Yet as premillennialists are quick to remind us, people who never knew the old world of sin will be born during the millennium. Not all of them will become Christians. Engaging in a form of nostalgia even more socially damaging than discussing old episodes of Doctor Who online, these people will yearn for the mystical past in which they were free from Christ’s “dictatorship”. These are the people that Satan will mislead and cause to march against God for this final battle. Of course, things won’t go well – God destroys them by fire and consign Satan to suffer for all eternity – but that doesn’t mean that Mike doesn’t succeed in making a stirring song out of the whole affair.

One of the many musicians to come out of the Jesus Movement, Mike Johnson cut this record in 1972, and has released things sporadically ever since. I view this song as a bit of a lost apocalyptic gem, and was glad to see that Mike still seems to be around (i.e. he has a MySpace page) – and has released some new music over the past couple of years.

Ringlings, jinglings, hoof beats in the air
The sound of an army, giving me a scare
The munching, the punching
Soldiers marching feet
The smell of new armour where the air was sweet

Pillage, pillage came from everywhere
Up on the mountains to stand on long roads bare
I said to God, what can this be?
He said to me boy, come tap on me

My Lord, my Lord how can this be?
Where the fathers and the brothers,
Those who you set free?
He said “Men are not happy, though they know no pain
They will not be contented boy, while I have my reign

One thousand years, they have had their fill
Now they rebel at the beauty of my will!”

Man child, man child what have you done?
Man child, try to find the holy one!

Millions, millions came dressed in white,
The beauty of the glory, set fire to the night,
They came to the mountains, the valley down below
To fight the greatest battle that
Men had ever known
I had to look away, I could see no more
But read it in the book my friend it’s what it’s written for
It is the greatest battle that men shall ever see
And then and then, we’ll have no war, finally to be free

Man child, man child, what have you done?
Man child try to find the holy one!

Count down to the end of the world on December 21st (or Christmas, should we get there) with an advent tour through the world of apocalyptic popular music. Follow the blog and Spotify playlist as I explore songs from 1945 up to the present in genres including: jingoistic atomic country, post-apocalyptic floodplain folk; comedy; Texan nationalist Americana; zombie-tinged Christmas music, and mass market pop. Merry Christmas!